When I was a curator at the Baltimore Museum of Art (BMA) I directed the last three iterations of its print fair in 2012, 2015, and 2017. Since I left the museum, there have been no signs that the fair would ever happen again. It has been a long-term goal of mine to bring a new print fair to Baltimore over the weekend of April 29-May 1, 2022. (Details are at baltimoreprintfair.com.)

For context, the BMA print fair ran from 1990 to 2017 initially run by curators Jay Fisher and Jan Howard. They started the fair because the museum had shuttered its beloved Sales and Rental Gallery. That was a project run by the Women's Committee in which people were able to rent framed works of art (usually prints) that had been brought down from various New York galleries. It was a rent-to-own deal, and many collectors in town will tell you they purchased their first works of art from the BMA's Sales and Rental Gallery.

As a result, Baltimore is a serious print town. In addition to the many years that the museum fostered print collecting in town through its support group, the Print, Drawing & Photograph Society, and the print fair, both MICA and Towson University have robust printmaking departments, and print publisher Goya Girl Press is here along with multiple small presses. Also, let's not forget the rare books full of prints to be found at Evergreen Museum & Library, the George Peabody Library, and the Enoch Pratt Free Library.

On Platemark, Tru Ludwig and I recorded a bonus episode about why Baltimore is ripe for a print fair. We talk about the Sales and Rental Gallery, the Print, Drawing & Photograph Society, the BMA print fairs I worked on, and all all sorts of other stuff. It was a great reminder for me about why we're doing this. I can't wait. You can find the episode at platemarkpodcast.com.

The fair was a great success and plans are in place to bring the fair to town annually. 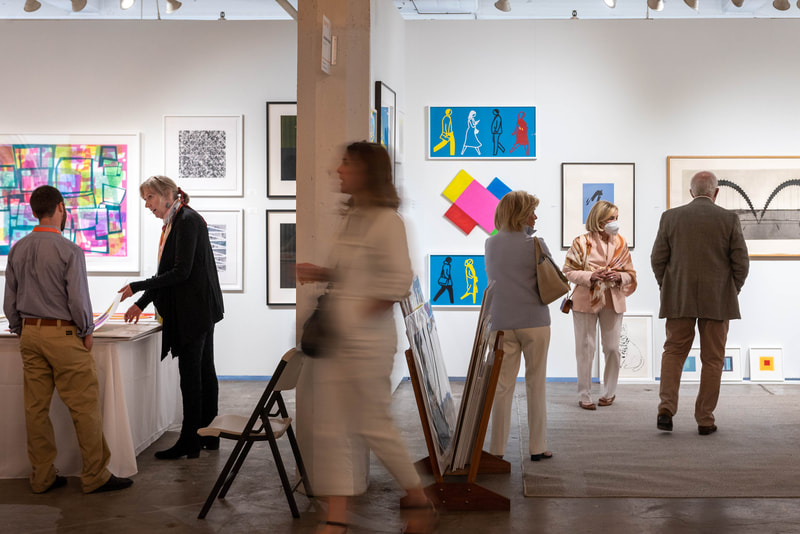 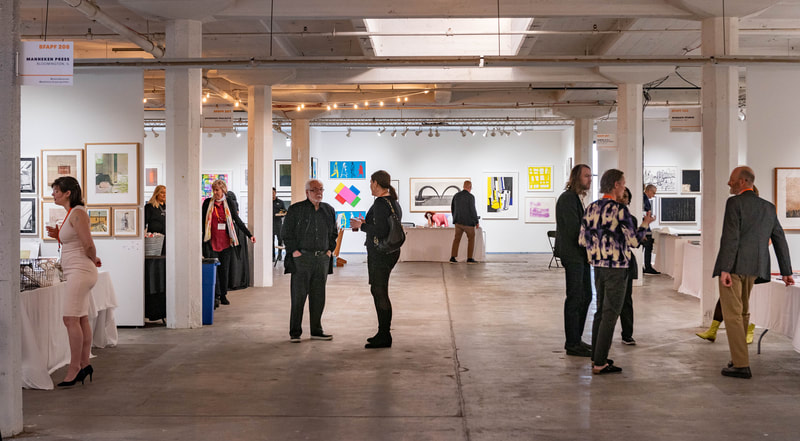 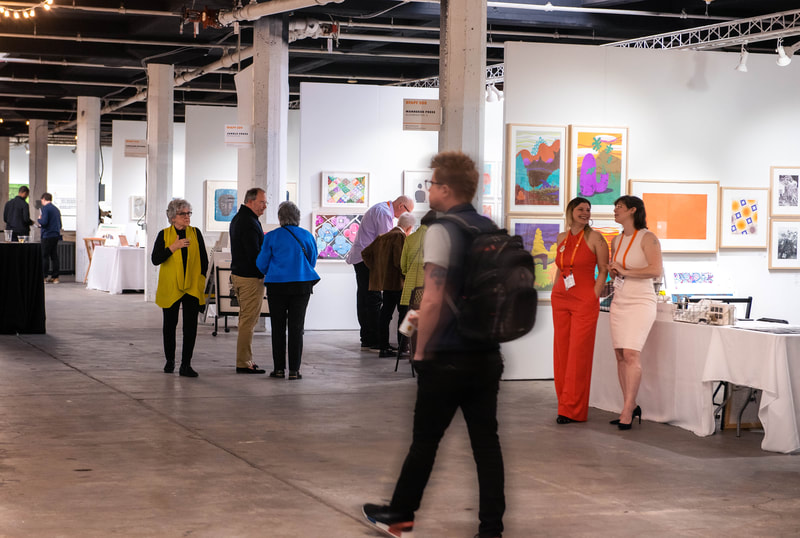 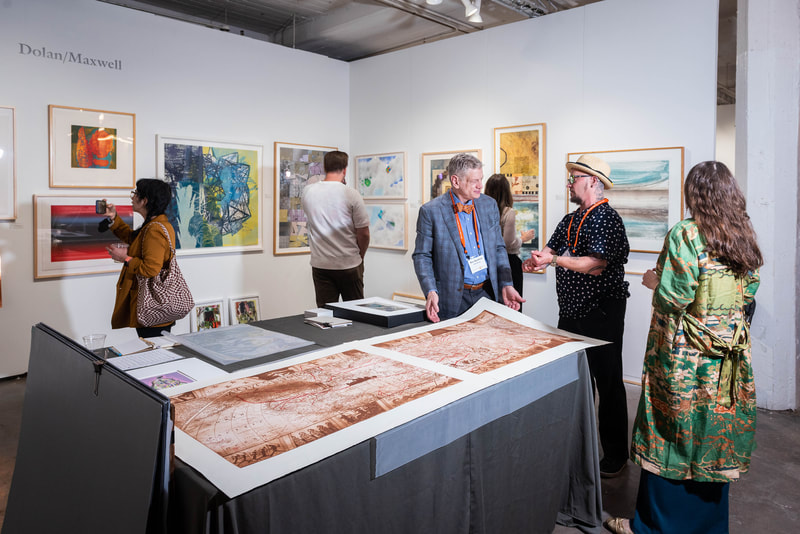 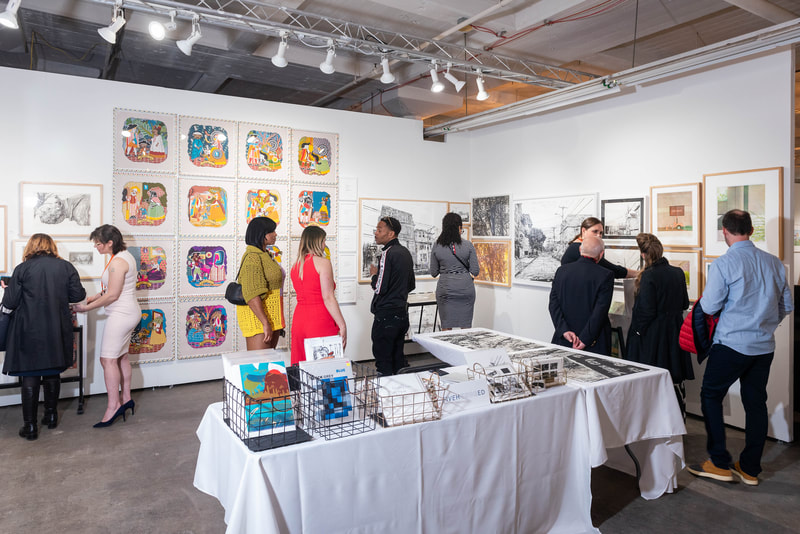 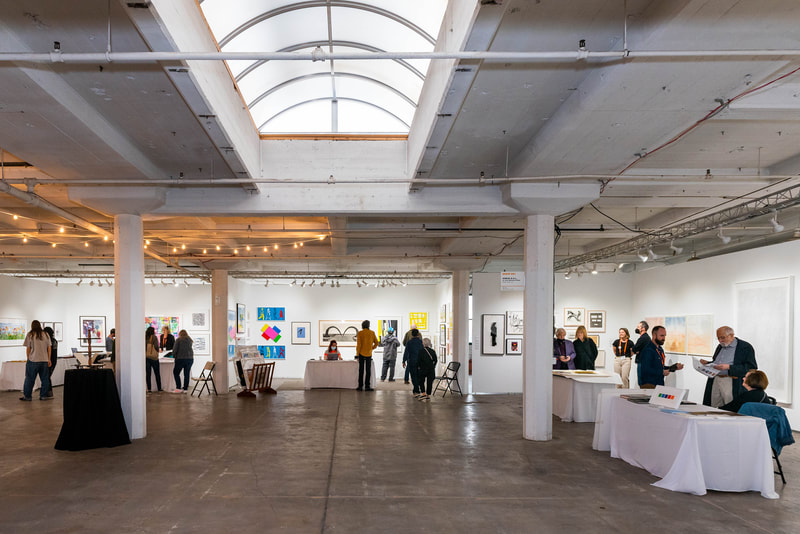 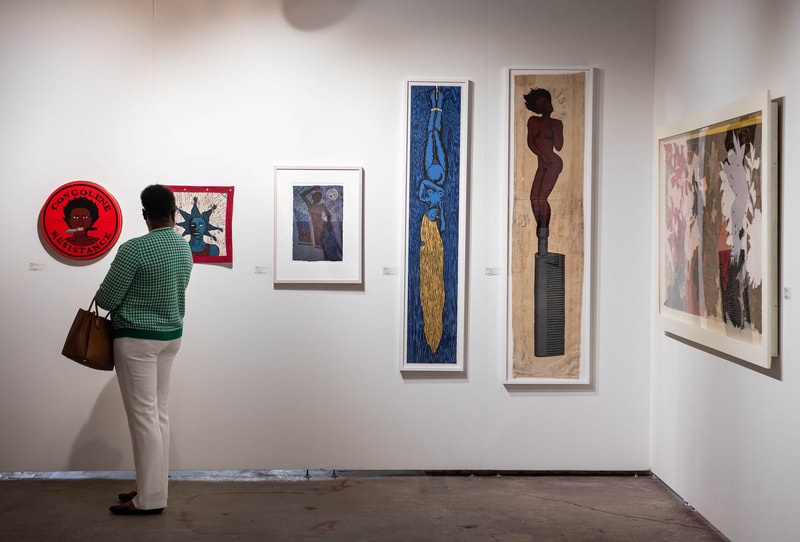 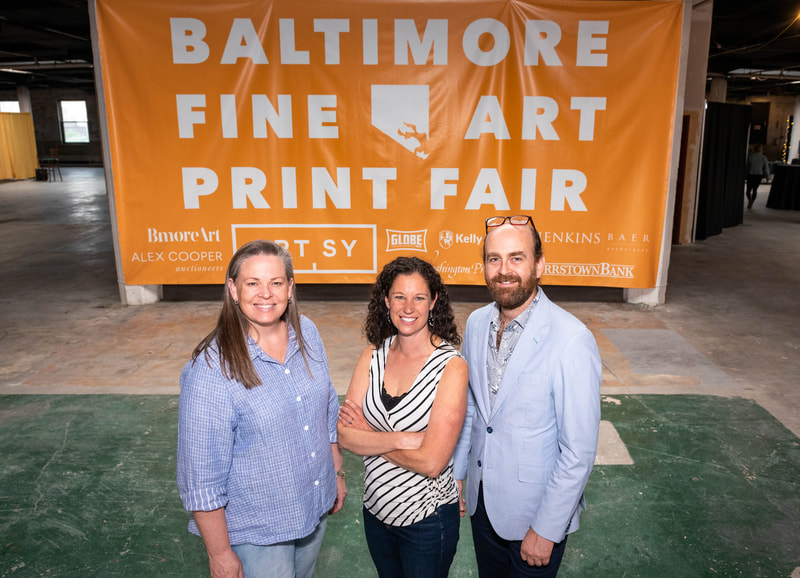 Platemark, a Podcast about Art and Ideas

Ever since I left the museum in August 2017, I’ve wanted to start a podcast. But much like my blog, it took the pandemic to get my thoughts together and a plan in place. Finally, in May 2021, I launched Platemark, a podcast about art and ideas. The idea is to create several distinct series under the Platemark name. For series one I called on my good friend and former colleague Ben Levy to be my partner in crime.

When Ben and I worked together at the museum, we fell into a pattern of starting the workday with a chat. Topics ranged from our latest exhibitions or projects to string theory and the latest in research into color perception. (I’ll give you one guess who brought the scientific conundrums to the table.) When the idea of a podcast popped into my brain, I knew Ben would make for the perfect co-host. We’ve named it Platemark to reflect the mark left by a printing matrix as evidence of its creation. A stamp of origin, if you will.

In season one over eight episodes, we talk about issues facing the artworld with a focus on museums, curatorial work, critiques and studio visits, value (market and conceptual), redefining the art historical canon, and prints, printmaking, print fairs, and print publishing. Our goal is to share our thoughts on the state of the sector including issues of decolonization and social justice, what it meant to us to be able to teach young artists in the PDP studyroom, why prints are the best, and how we did what we did. These conversations are meant to demystify the idea of the curator in the white tower and the museum as an imposing marble edifice. We believe that by drawing back the curtain, the rarified world of the museum may be opened further to listeners.

Navigate via the menu above to get to the podcast pages.

At the beginning of the pandemic, in March 2020, after 2.5 years of depression and self-doubt following my departure from the BMA, I started writing aboutart. The truth is, I was terrified that if I were taken out by Covid-19, which in those early days seemed entirely possible, there were a few things I would regret not having said. I wanted to leave some trace of my legacy in the field; some record that my kids could refer to later and say, hey, my mom did a thing.

Navigate via the menu above to get to the blog page.

I have researched, written, and talked about Hayter and Atelier 17 for many years. Here is a 34-minute video in which I introduce the workshop and talk about Hayter's own work.
Baltimore Contemporary Print Fair
I directed the Baltimore Museum of Art's Baltimore Contemporary Print Fair in 2012, 2015, and 2017. From the outset I took the opportunity to thoroughly reconceptualize it to increase its stature as a prime event for the museum, for Baltimore and surrounding area, and the nation. The most impactful change was to focus on attracting a range of top-notch vendors, emphasizing makers—the printers, presses, and publishers—providing the audience an opportunity to engage with the person who made the work. We also raised BCPF’s visibility through increased use of social media and targeted advertising. As an additional fundraiser and membership incentive, we commissioned a poster for each fair. Two were designed by the keynote speaker/artist (James Siena, Trenton Doyle Hancock); the third was created by Baltimore-based design firm Post Typography. The first was printed at MICA’s Dolphin Press (Hancock); the others were screenprinted at Baltimore Print Studios.  ​ 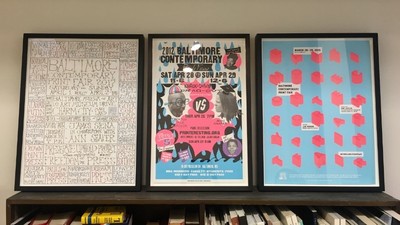 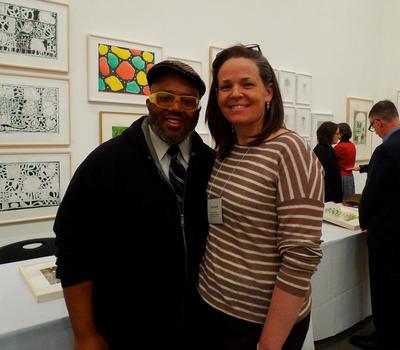 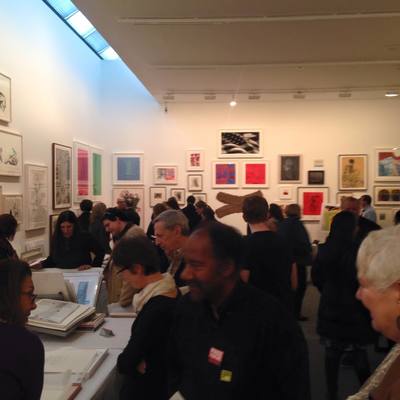 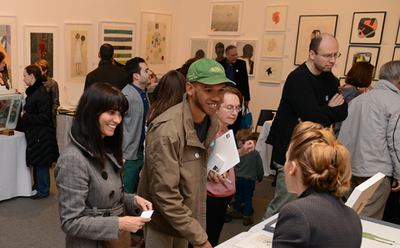 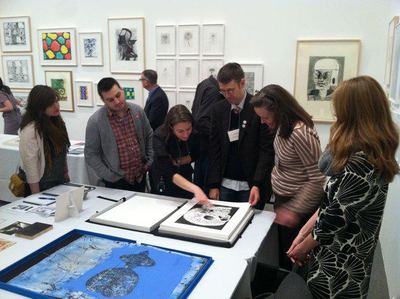 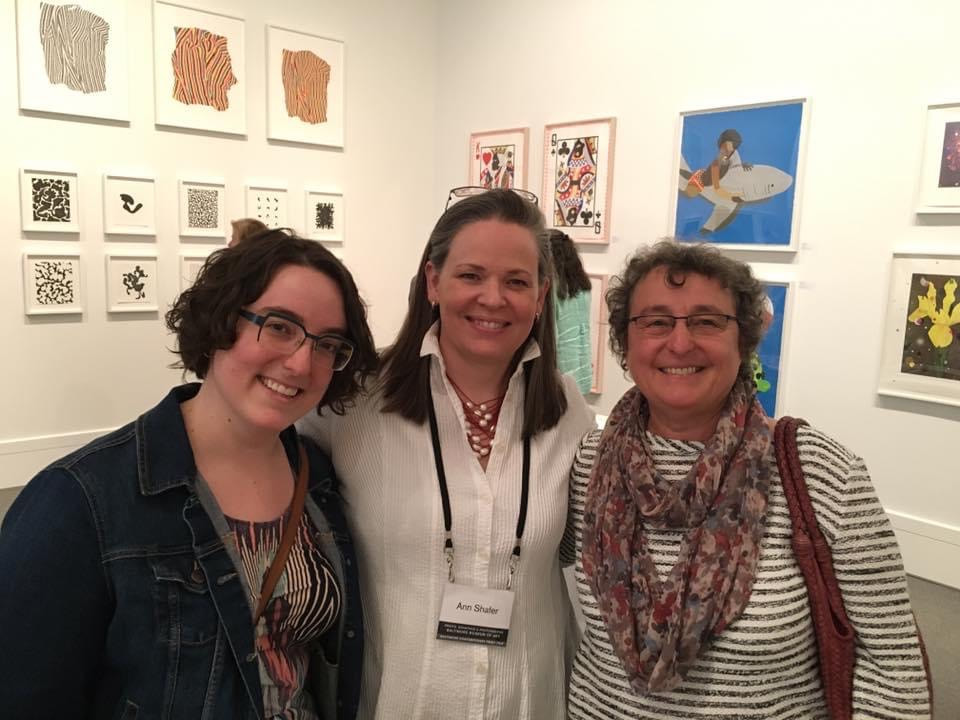 I have a proven record of communicating with a range of people both orally and in writing. I have interviewed Trenton Doyle Hancock, James Siena, Amy Cutler, Peter Milton, An-My Lê, and Jim Dine. My first interview was with Jim, which was both the hardest and the most rewarding. By making the interview conversational, I drew out the notoriously difficult artist, gained great insights, enjoyed moments of candor, and had fun with the audience. This was a great personal success, and it led to a stronger relationship between the BMA and Jim resulting in several gifts to the museum from the artist. 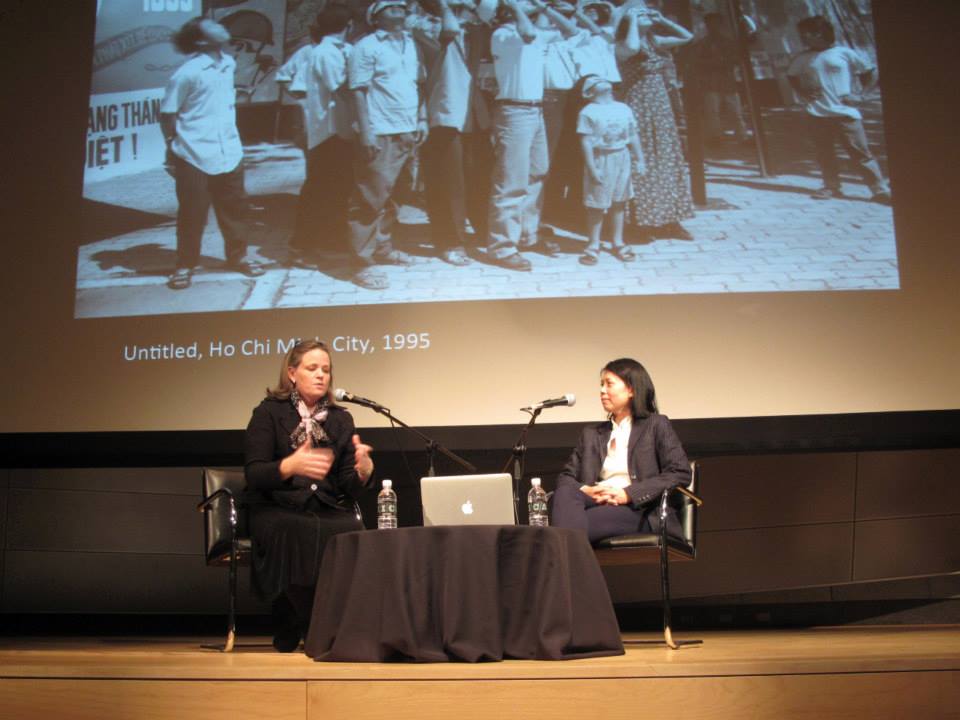 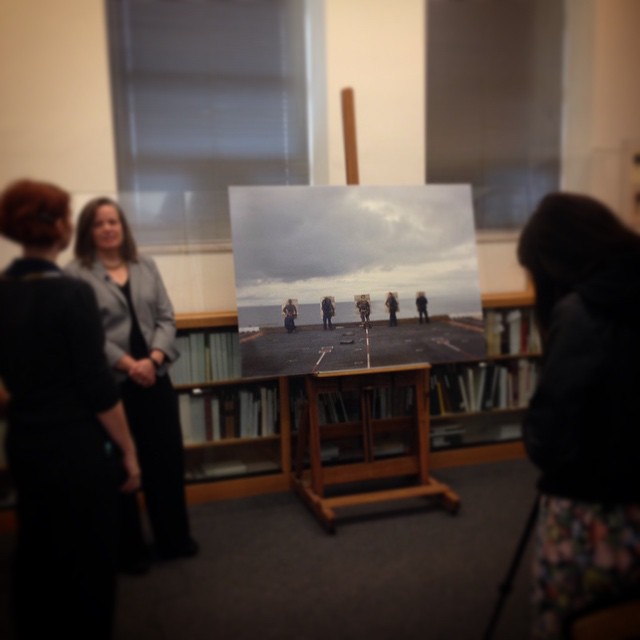 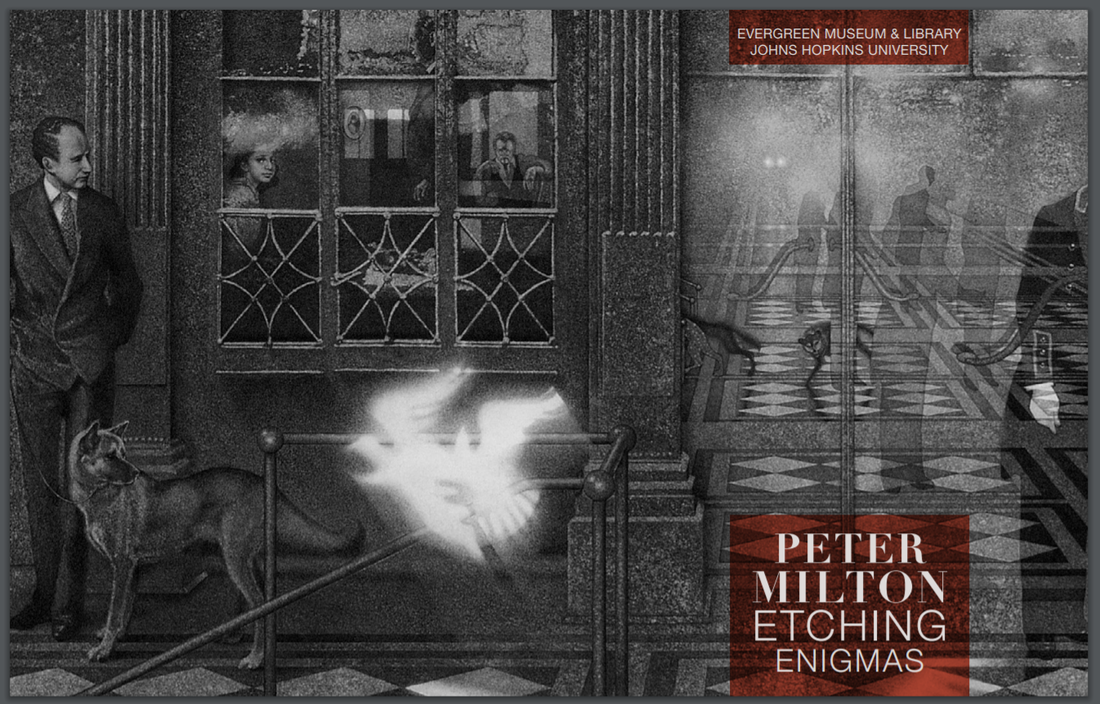